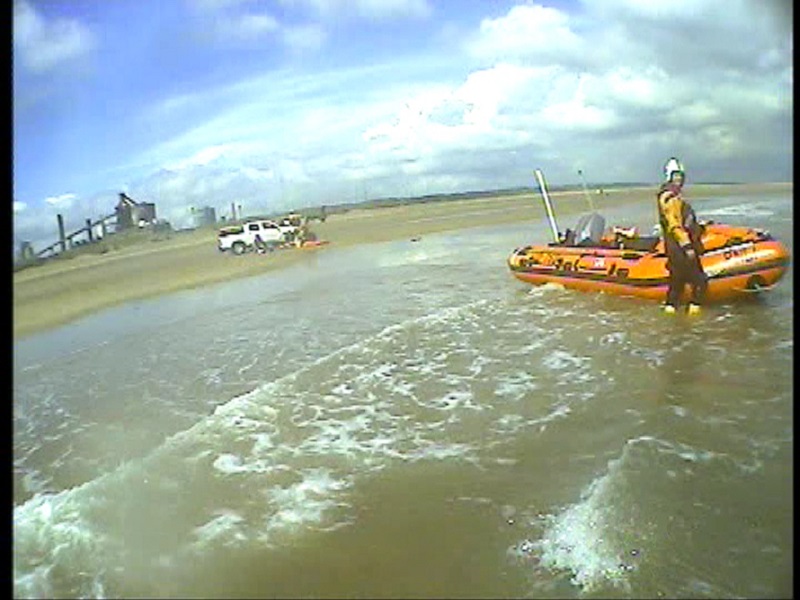 A BBC real-life television series is set to feature two rescues carried out by the volunteer crew of the Redcar RNLI lifeboats.

The TV series, called “Close Calls : On Camera”, is presented by Nick Knowles and shows the split-second moments when everyday events are transformed into disasters and meets the people who lived to tell the tale.

On Monday 27 October the programme, which will be broadcasted at 11.45am on BBC1, will feature the rescue of a horsewoman who was injured when she was thrown from her horse on the beach near Redcar in May earlier this year. Video taken with an RNLI helmetcam shows the volunteer crew putting their casualty care skills into action and helping to evacuated the injured woman to a police helicopter. The programme will include an interview with RNLI volunteer Dave Scott, one of those involved in the rescue.

Then, on Thursday 6 November, the programme will feature the rescue of father and son Neil and Daniel Westmorland who were thrown into the sea when the engine of their fishing boat suddenly burst into life, throwing the pair into the sea in June 2014. Neil was rescued by off-duty RNLI volunteer Cameron Bond, who appears on camera to tell the story, while Daniel was rescued by the Redcar RNLI lifeboat.

Dave Cocks, Lifeboat Operations Manager at the Redcar lifeboat station said: ‘We were please to get involved with the production company who made the series. Much of the work on our volunteer crew goes unseen by the public.

The two rescues show the variety of incidents our crews have to train for, and the fact that everyone involved lived to tell the tale is a testament to the skill and courage of RNLI volunteers everywhere.'